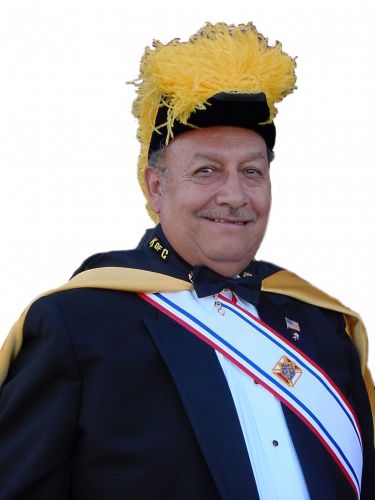 Our dad was born on February 23rd, 1936 in Delagua Co. He was raised in Oak Creek Co. where he graduated from Oak Creek Union High in 1955. In recent months he still was active with friends he went to school with. They would get together as a group for breakfast. This was something he really enjoyed.

After meeting my Mom, Elouise, they married on May 17th, 1958 and they had 6 children. Shortly after getting married he was drafted into the United States Army. They moved to Tacoma Washington where he was stationed and had their first child in 1960. After he was honorably discharge they bought the home they have lived in for 53 years where their family continued to grow.

In 1965 he was the 1st employee hired at R/W Specialties. He continued to work for them for 35 years until his retirement in 2000. He was fondly known as Chief to many. After retirement he joined a group of Knights that volunteered at Mother Cabrini Shrine every Monday and enjoyed that for several years.

In 1989 he became an active member of the Knights of Columbus. This was something that he was dedicated to and really enjoyed. They attended and participated in the many events. The two of them traveled and enjoyed every moment and memory. He will be forever known as a Former Master of the Fourth Degree.

During every part of my dad's life the people he interacted with became his family. People from the Army, R/W Specialties The knights of Columbus and St. Rose were an amazing part of his life and ours. Please know that you all were family to him.

Growing up we were fortunate to have him share his favorite things with us. Fishing, camping and golfing. Camping and fishing were always an event. There is nothing like cramming us all in the truck to head to Oak Creek. My dad loved to pick up and go. We would get set up and head to the lake. He was a multi-tasker he would cast out and be watching his pole while he helped with one of ours. It was a family event, but in later years we decided we needed heat and running water. We would drive to the lake after coffee and breakfast. We had too many adventures to count. We will always cherish every memory we had with him. Us kids have the same love of these activities to pass down to our children we are grateful that they will never have to rough it like we did.

Our dad was blessed with light hearted humor and spontaneous wittiness. This is how he drew people in. I hope none of you fell for it. From the beginning this was a gift he always had. He made us smile and laugh until the end. His last days were up and down. His last day was a good one. It was a day that it seemed he wanted us all to be ok with. A day he was not in pain. He made us laugh. We loved his smile. It was a gift he gave us.

There are no events scheduled.

Posting as Who are you posting as?

There are no tributes yet.

We encourage you to show your support by adding a tribute above:

or use your email

The attached photos are added to the memorial of Tony Valdez to help share their legacy.

Add to Your Calendar

Please help memorize Tony Valdez by recording your attendance below.

We will notify you soon.

You will receive an e-mail daily when a guest leaves a tribute on this obituary.

You will receive a notification text whenever there's an update to this obituary.

Thank you for sharing!