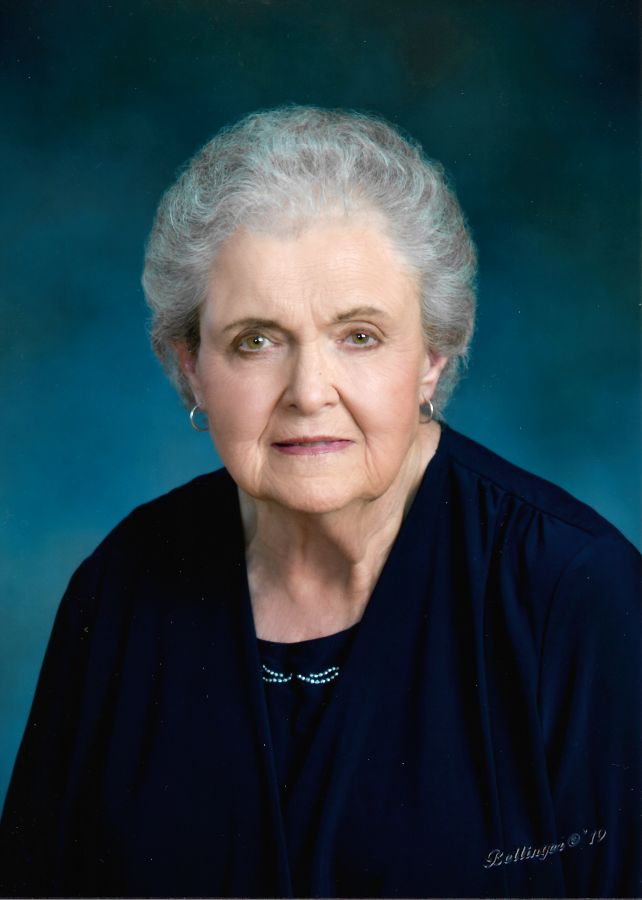 On Monday, May 25, 2020, Patricia Ann (Powell) Gilmore, loving wife and mother, passed into eternal life at age 85. "Pat" was born on April 4, 1935 in St. Joseph, Missouri and graduated from Denver South High School in 1953. She studied at the Engineering Drafting School in Denver, and later became a cartography instructor at the school. Pat met Dennis Gilmore at the Drafting School. They were married May 14, 1960 and recently celebrated their 60th wedding anniversary. They raised five children in their home in Englewood.
Pat was a creative and skilled seamstress and had many artistic talents. She was also detail-oriented and had impeccable bookkeeping skills. Her most cherished quality, however, was the inexhaustible love and support she gave to her children. She supported and nurtured them in educational and musical opportunities, providing whatever was needed to help them succeed, often at great personal sacrifice. Her greatest joy in life was being a grandmother, or as she was called, "Nana." Nana, along with Papa, rarely missed a grandchild's sporting event, school function, music concert, graduation, church milestone, or any chance to support their grandchildren. Her example of unconditional love will be her lasting legacy.
Pat is survived by her husband of 60 years, Dennis, and five children: Mary (John) Gohl, Donald Gilmore, Denise (Matthew) DeBartolomeis, Karol (Richard) Rulli, and Carleen (Kenneth) Himel. She is additionally survived by grandchildren William (Megan) Gohl, Peter (Vanessa) Gohl, Rebekah Gohl, Natalie DeBartolomeis, Vincent DeBartolomeis, Joseph (Heba) Rulli, Sara Rulli, Samuel Himel, and Sydney Himel, two great-grandchildren, Luke and Elise Gohl, and several nieces and nephews.
She is preceded in death by her father, Marion Otis Powell, mother, Mary Katherine Schildtknecht Powell Kirchmar, brother, Walter Powell, and granddaughter, Khara Elise Gohl.
A private, invitation only rosary, funeral mass and interment will take place on Tuesday, June 2nd. Memorial contributions may be given in Pat's name to the St. Vincent de Paul Society Work at St. Thomas More Catholic Church, 8035 S. Quebec Street, Englewood, CO 80112 or to Parkinson's Association of the Rocky Mountains/Castle Rock Chapter, 1323 So. Colorado Blvd Suite 204B, Denver, CO 80222.

Posting as Who are you posting as?

There are no tributes yet.

We encourage you to show your support by adding a tribute above:

*Due to time restrictions, delivery to service is unavailable.

Healing Registry Unavailable at the Moment!

No thanks. Go back to cart.
Product Details

Let the family know who you are using one of the quick sign-in options below.

Just for verification: we never spam!

The attached photos are added to the memorial of Patricia Gilmore to help share their legacy.

Add to Your Calendar

Please help memorize Patricia Gilmore by recording your attendance below.

We will notify you soon.

You will receive an e-mail daily when a guest leaves a tribute on this obituary.

You will receive a notification text whenever there's an update to this obituary.

Thank you for sharing your memory of Patricia

Help show your support by providing a gift of flowers and spreading the word.